Today is 2020 Thanksgiving Day in the USA. It is perfect time to reflect what happen in this amazingly historical year. This is the grateful year for humanity!

While watching the unfold of 2020, we witness the challenging test of humanity, the characteristics that belong uniquely to human beings, such as kindness, trust, mercy, sympathy, and compassion. 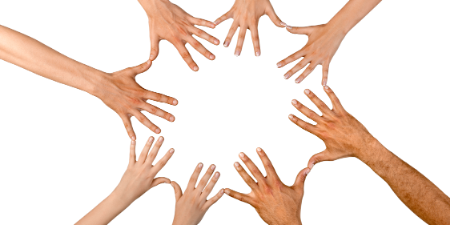 On January 25, 2020, people around the world celebrated Lunar New Year, heralding new 60-year cycle composed of twelve lunar years with five elements, metal, wood, water, fire, and earth, and signifying renewal and rebirth. Without doubt, viruses around world had the same festivity. The coronaviruses or covid-19 took the advantages of the massive human migrations and spread around world in a rapid speed and a very short time. They attacked human race by a huge surprise. It wouldn’t be too long before life as we knew it was turned upside down.

The corona story has been developing rapidly around world, which amass catastrophes that seem to have converged at all aspects of our life: health, science, politics, economy, society, nation, freedom, security, religion, race, rich, poor, tolerance, intolerance and more …

In the human history, there were a lot of plagues, which killed millions of people. In the 14th century, the Black Death spread from East Asia to Western Europe in little more than a decade. It killed between 75 million and 200 million people – more than a quarter of the population of Eurasia.

In March 1520, a single smallpox carrier, Francisco de Eguía, landed in Mexico. By December a smallpox epidemic devastated the whole of Central America, killing estimates up to a third of its population.

The 1918 Spanish flu killed approximate 100 million in less than a year. In the century after this, humankind becomes much more vulnerable to epidemics due to a combination of growing populations and speed transportation. We all know that pandemics will come, but we don’t know that it came in such a format and take us by a big surprise.

We are grateful that humanity takes the pride to face the challenge. Humankind show our best face ever in this year of adversity.

Our first line of defender, doctors, nurses, and other medical staff of every level sacrifices their own lives to safeguard us from this deadly disease.

Pharmaceutical industry speared up their efforts to develop tools against the deadly virus. In an unimaginative speed, they created agents paving the way for us to finally win this war against the disease. As of today, there are 3 vaccines and a number of antibodies, which were approved to be effective for treatment of the illness.

The global scientific community unites to promote understanding of the virus and associated disease. The nucleotide sequences of the entire viral genome were shared within hours of completing their discovery. The community shared approaches, strategies, and raw data freely in a show of solidarity against the virus.

Many predicated that plaque like this one bring conflict, famine, or even war.

For some short period of time, there are limited availability of wet wipes, toilet paper and paper towels, which resulted from panic buying. However, this could only be designed as temporary inconveniences.

Our first line workers, such as grocery store workers and other workers in the food chain, did their best to ensure the proper supplies of all daily necessaries for all.

There were certain periods that the escalating number of covid-19 cases overwhelmed the capacity of the existing hospitals. Field hospitals were designed, built and commissioned in a record time of 12 days.

For the shortages of PPE and ventilators, cooperative efforts from government and industry allowed to materialize them in an alarming speed.

The hardships fellow citizens facing from businesses closing and jobs disappearing were real and hurtful. The negative effects on the economy have been greatly reduced by fast action. The virus threw 20 million people out of work. However, by now we’ve already brought back half of the lost jobs. We continue to adapt quickly, bringing employment and income back to more of our fellow citizens.

We will never forget Andrea Bocceli singing “Amazing Grace” on the steps of the Vatican and the Pope blessing the ENTIRE world.

In US, we held an election in the midst of all this.  Despite the bad weather and danger of the covid-19, not only did we participate, but we broke records. Total 153,841,973 people casted their sacred votes. As a percentage, more of us showed our faith in the American system than ever before. We proved that a democratic republic, in which both sides get to settle their disputes on the ballots and in the courts, not in the streets, is something we are sincerely grateful.

We are still in the middle of the battle against the virus and have some ways to go. To defeat this pandemic and to win the war against the virus, we need to trust scientific experts, citizens need to trust public authorities, and countries need to trust each other. Over the last few years, irresponsible politicians have deliberately undermined trust in science, in public authorities and in international cooperation. As a result, we are now facing this crisis bereft of global leaders that can inspire, organize and finance a coordinated global response.

We are grateful that in US we will have brand new leadership soon. There are a lot of choice we have to make. It is great time for us to right some of the wrongs, to reconcile and reckon. This is a moment that we must meet, and all such moments determine how we look at ourselves. What type of world do we want to leave behind us? What type of world do we want our children and theirs to inherit?

Humankind had its greatest year ever in 2020. We saved more lives, with more care, more compassion, and more humanity … than we have ever done before in our history as a species.

2020 Is The Greatest Year For Humanity Ever!

11 thoughts on “2020 Is The Greatest Year For Humanity Ever”